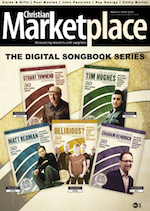 My thanks to Dave Walker for permission to cross-post the following from the Church Times Blog, a superb summary of reportage in this month’s Christian Marketplace. Scroll to the end for my own comments and concluding reflections.

Clem Jackson from Christian Marketplace magazine has been busy talking to everyone involved in the events following the demise of the UK’s largest Christian book distributor IBS-STL (UK) and its associated bookshops (Wesley Owen). In particular he has interviewed representatives of the organisations who have taken over the assets.

You can download the latest issue of Christian Marketplace via this page. There are many interesting nuggets of information to be found, including some in an interview with Ray George of Nationwide Christian Trust, who have taken on half of the shops in the Wesley Owen chain (for background see Living Oasis Christian bookshops). This is a brief extract, which gives some idea of the direction that is planned for the new ‘Living Oasis‘ shops:

We are looking to lead with the coffee shop and not the Christian bookshop and we believe that we will add a further 60% to the turnover; this is the difference between profit and loss.

The bookshops we have acquired are too small, so in most cases we are looking to relocate. We have taken temporary leases on the current bookshop sites for three or six months, but we’re negotiating hard. We’re in a buyer’s market looking to open new shops – and that’s going to happen.

The footprint of our shops will probably be three times the size of the average Wesley Owen shop we have. We want to coffee shop to be prominent, but we don’t want it to seem as if the coffee shop is all we’ve got.

Clem also talks to the Managing Director of Koorong, who have taken over a smaller number of shops, along with the online shop and Authentic publishing. You’ll need to download the magazine to read that.

Available online is a news story, Major casualties revealed in IBS-STL UK collapse, which gives some idea of the size of the losses taken by Christian organisations in the wake of the IBS-STL (UK) collapse:

Two the world’s leading Christian publishers, Thomas Nelson and Zondervan, are in line to suffer losses exceeding £280,000 between them as a result of the collapse of IBS-STL UK at the end of 2009, according to information given to Christian Marketplace, by the administrators handling the winding up of the company. However this figure is significantly exceeded by the amount owed to UK publisher Scripture Union, which has submitted a claim for around £360,000 for ‘SU Product’, although this figure has “not yet been agreed by the administrators” according to latest letter to ‘all known creditors’.

Clem’s interview with Ray George also brings to light the definitive list of shops that Living Oasis have in their sights:

With respect to the debts — also reported by the Bookseller, Trade creditors owed £2.5m after Wesley Owen failure — I find myself wondering how in good conscience Biblica, IBS-STL UK’s parent company, can simply walk away from this and continue their operations in the USA and elsewhere as if nothing untoward has happened? Was it not Biblica’s globalisation strategy that brought IBS-STL UK to its knees? Yet to this day Biblica’s news section has carried not a single report on the UK situation.

No doubt Biblica have acted within the letter of the law — but is this really the way a supposedly Christian organisation should conduct its affairs? Biblica sums up its core values as follows:

We believe that Biblica should be guided by biblical core values that serve as the measuring standard for the work we do, the people we serve and the mission we strive to accomplish. These values also serve as a reflection of the commitment we have to all of the standards set forth in God’s Word.

In Romans 13:8 the Scriptures that Biblica claim to affirm admonish us:

Let no debt remain outstanding, except the continuing debt to love one another…

Where, O Biblica, is the love in the way we see you conducting your affairs in relation to the UK??