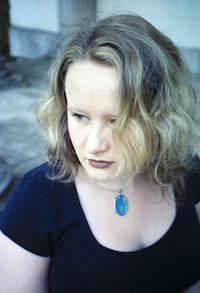 WHAT HAPPENS when you combine creativity, a passion for music and a theological education? Helen Sanderson-White tells us a little of her story and introduces her latest offering, The Sanctus Project:

I often get asked “what do you do?” which always fills me with dread as I try to explain the many things that my work entails! I trained as both a musician and theologian although my work veers more closely to music than theology. I teach singing, piano and music theory to both children and adults in the Buckinghamshire area. I compose and perform a variety of music including secular songs, church worship songs and instrumental music.

I spent a few years working as a Musical Director for both Anglican and Baptist churches; have taught pop singing and keyboards in various colleges in London; have had performance residencies in restaurants and have led one day vocal courses around the country. Every week is different and I have always been very thankful for that. I’m married to the inimitable Graham White, a Theology and Youthwork lecturer for Oasis College and former youth minister with interdenominational experience. 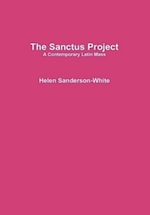 My latest publication is The Sanctus Project music book which is available directly from me (full details below). An accompanying CD with demonstration tracks and backing tracks of each song will be released later in 2010.

Back in the summer of 2007 I began to work on the idea of creating a contemporary musical version of part of the Latin Mass. Having previously used some of the current musical versions with my youth group it became apparent that there was a need for a fresh, modern approach to the liturgy that young people found engaging and exciting. This was also an opportunity to make the liturgy more accessible, fun and to encourage young people to embrace the Latin heritage though the dance and pop music genre. The Sanctus Project was born…

Building on the heritage of Taize, The Sanctus Project has a contemporary setting and can be used in a variety of different gatherings and services. Each song has been designed with an easy and memorable melody line with full dance track behind it. The CD and music book come as separates but can be used together during a church service or youth group meeting. The demonstration tracks have also been played in the background during a service as part of a meditation. The music book contains simple voice and piano arrangements (including guitar chords).

My love is creativity: creativity to explore the life that God has given us. I’m grateful for the varied avenues that God has given us to express the world we see around us and thus understand it more. My goal is always to create music that is different to the current styles we have in church at the moment and to reach out to those outside or on the fringes of the church. I hope in some small way that this project may be helpful to others, not just for teenagers but for adults too.