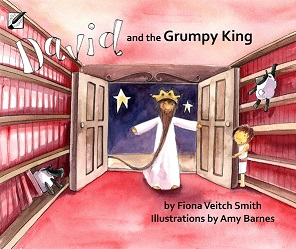 EVERY NOW AND THEN an author simply blows you away: great stories, great storytelling (the two are not the same) and stunning illustrations bringing the stories to life. That’s what Fiona Veitch-Smith’s Young David series with illustrations by Amy Barnes brings us, a winning combination for children and their parents alike, as well as for those like me who don’t have any children — that’s right, no kids, but I love these books; and if you’re a bookseller who doesn’t stock them, believe me, you and—more importantly—your customers are missing out, big time!

This month brings us the latest in the series, the hotly anticipated 5th volume, David and the Grumpy King — as lively and as brilliantly illustrated as its predecessors. Here’s how Fiona describes it in this week’s media release:

In this new adventure in the life of David, the shepherd boy is spending the summer holiday with his best friend Jonathan under the supervision of the Prophet Samuel. All goes well until King Saul comes home and discovers that the lad has been anointed as the next king of Israel …

In this age-appropriate retelling of the Bible story of when Saul tries to kill David with a spear when he is playing the harp, children learn about the faithfulness of God, the value of friendship and the need to forgive our enemies.

Seems to me there aren’t many more important lessons for children to learn; but don’t just take Fiona’s or my word for it — here’s what a few others have had to say about earlier volumes:

A wonderful introduction into the early life of one of the Bible’s great heroes. Insightful writing and fantastic illustrations.

The Young David books are delightfully eye-catching. The series draws children into an understanding of God’s work in David’s life beyond his encounter with Goliath.  The author writes imaginatively but always in a way that opens up scriptural truth. It thrills me to see the younger generation excited by God’s word – Young David books help that happen.

Imaginative, funny, clear and with a simple but perfect message for the target age group. My daughter (aged 7) is worried about a drama exam coming up, but she prayed for courage just like David in the book and said straight away that she felt braver. I publish Christian books for grown-ups; if I did children’s books I’d be keen on taking this on.

Fiona and Amy have been working together on the series for three years and the books are now stocked in Christian and independent bookshops throughout the UK as well as available around the world through online sellers. Their next project is a line of interactive apps so that the books can be read and played with on iPads and iPhones.

The first book in the series, David and the Hairy Beast — introduced by Fiona here — started out as an illustrated children’s talk at the church that both Amy and Fiona attend – Heaton Baptist in Newcastle upon Tyne. It went down so well with the children and parents that they decided to publish it as a book. This was Crafty Publishing‘s first title and now, nearly three years later, the company has also expanded into general fiction for adults.

All five books in the series are 32pp paperbacks with full-colour illustrations which retail at £5.99. Trade terms offer a sliding scale of discount according to volume ordered, carriage-free for 5 or more units, which makes this an ideal opportunity to stock up on the full set — you’ll be glad you did!

Last but not least, if you’re in the Newcastle upon Tyne area on Sunday 23rd March, don’t miss the official Grumpy King Book Launch at Heaton Baptist Church, 12.30 – 1.30pm:

The long-awaited 5th book in the Young David Series, David and the Grumpy King, is finally here! Come and hear author Fiona Veitch Smith and illustrator Amy Barnes read from and talk about this brilliant new episode in the life of Young David as he gets on the wrong side of the mad King Saul. Coffee, tea, juice, cakes, colouring-in and storytelling. Suitable for children 3 – 7 or anyone who wants a bit of fun! 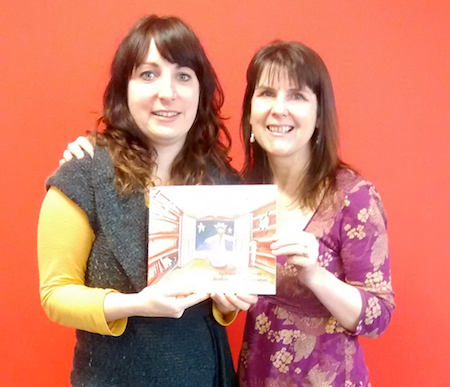 Sample Illustrations from David and the Grumpy King 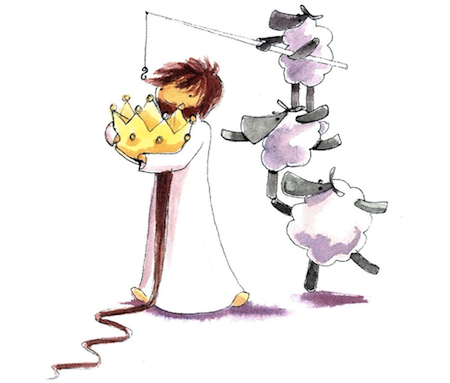 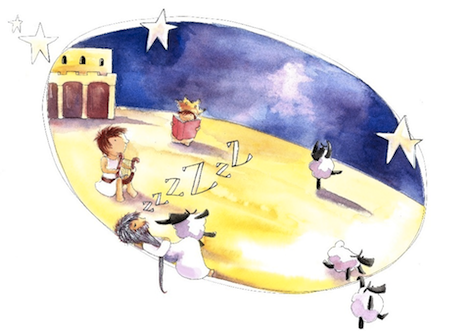 David and the Grumpy King: And in the evenings… 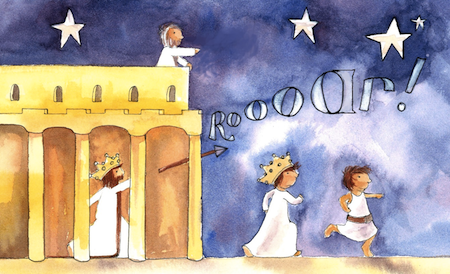 David and the Grumpy King: Roooar!

One thought on “Out Now! David and the Grumpy King, 5th volume in Crafty Publishing’s Young David series”